The History of Tourmaline - Hamra Jewelers

The History of Tourmaline

The ancient Egyptians had a legend about tourmaline gemstones. They believed that these stones got their amazing colors because they broke through a rainbow while pushing their way up through the earth. It's a lovely story, isn't it? The next time you give someone a piece featuring tourmaline, tell them it's more than a gemstone: It's a rainbow fragment!

Most tourmalines are elbaites, which are multi-colored minerals that are rich in sodium, aluminum, lithium and occasionally copper. They usually form in granite-containing pegmatites. Pegmatites are rare igneous rocks that are rich in exotic elements. Often tourmalines of several different colors can be found in the same body of pegmatite. This is why tourmaline mines produce such a wide array of colors.

Tourmaline comes in a staggering variety of colors. This stone has one of the widest color ranges of all gems! Some color varieties are so prominent and popular that they have gained their own trade names. These types of tourmalines include:

Paraiba: An intense greenish blue, only found in the state of Paraiba, Brazil.

Watermelon: Pink in the center and green around the outside. 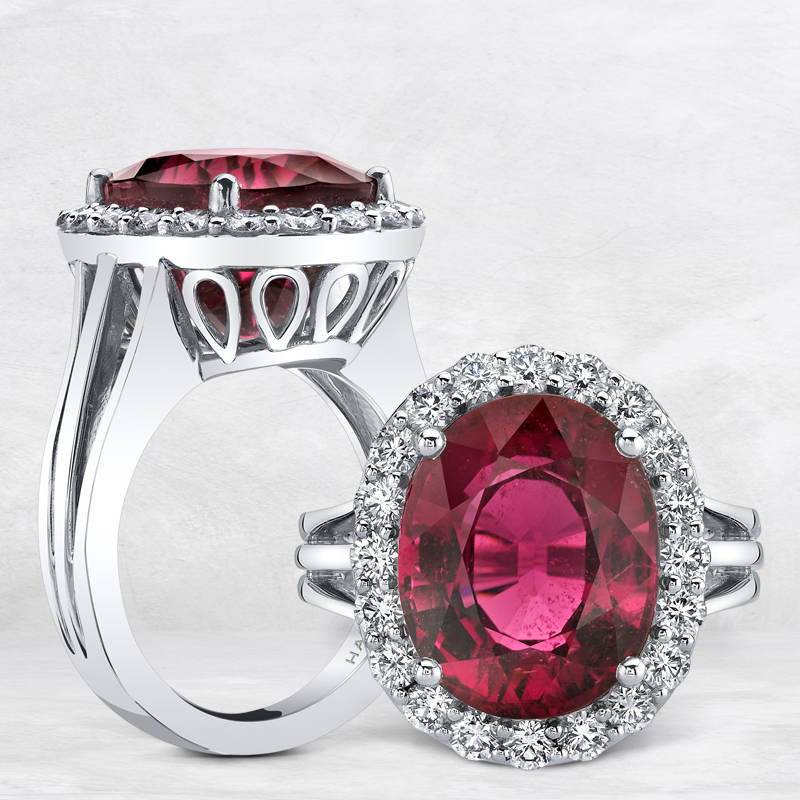 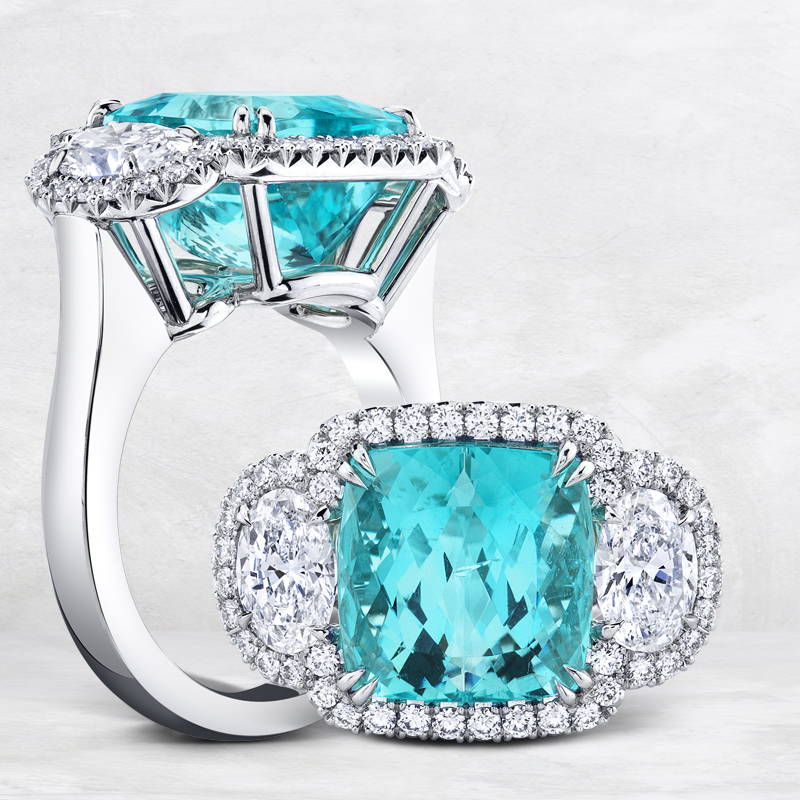 All colored tourmalines have pleochroic properties. This means that their color changes when viewed at different angles. Some stones can also display a cat's eye effect known as chatoyancy. This is caused by thin, tube like inclusions that form within the gem. Chatoyancy most often appears in green, blue or pink tourmalines.

Tourmalines also possess some unique physical qualities. They can become electrically charged through "pyro-electricity" when they are heated and allowed to cool. Once that happens, they gain a positive charge at one end and a negative charge at the other.

the history of tourmaline

The name tourmaline comes from the Singhalese word "toramalli". This translates as mixed gems.  It is believed that the first tourmalines were discovered by conquistadors in Brazil in the 1500's. At the time, these green tourmalines were assumed to be emeralds. It wasn't until the 1800's when scientists realized that these stones were their own species of mineral.

Large deposits of tourmaline have bee found stateside in Maine and California. hey were extremely popular stones in China, who would eagerly buy up American tourmaline specimens as they were discovered. Until 1912, the American tourmaline trade was booming. At that time, the Chinese government collapsed and the demand for the stones plummeted. The trade would pick back up when discoveries of deposits in countries like Brazil, Afghanistan and Madagascar renewed interest in these multicolored beauties.