The history of the ruby - Hamra Jewelers

The history of the ruby

A ruby can take your breath away. The fire that glows within, their deep lush red colors, vivid and bright. The sight of a ruby set in a piece of jewelry is sure to make anyone's heart flutter. At Hamra Jewelers, we love rubies and we are proud to have several gorgeous ruby pieces as part of our collection. Get to know more about this crimson wonder by reading our brief history of the ruby. 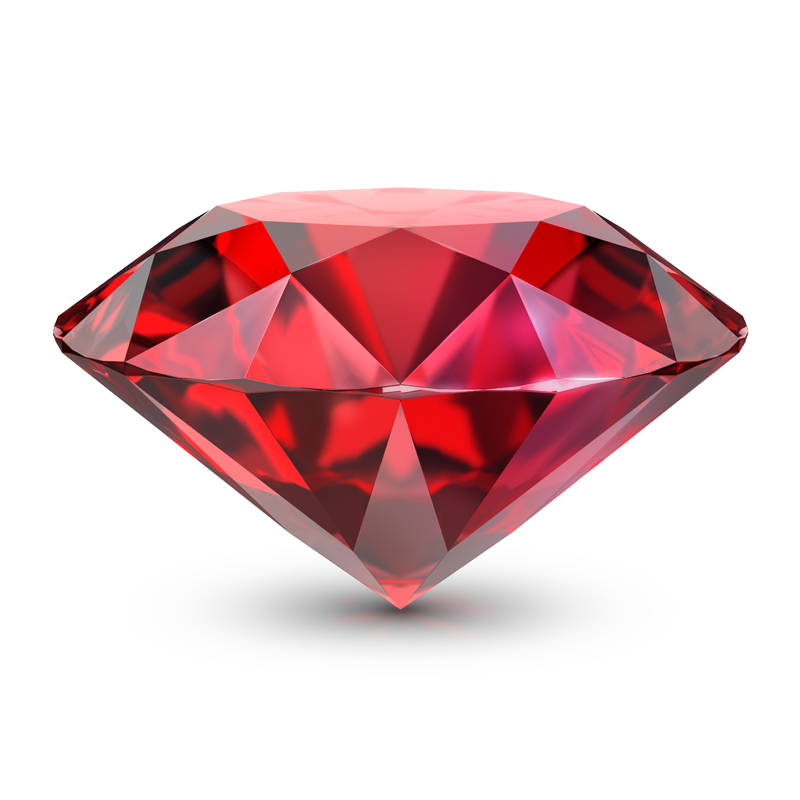 What are Rubies?
Rubies have the highest per-carat price of any colored stone on the market. This is due in part to them being the most valuable variety of corundum. Corundum is a mineral species; sapphires are also derived from corundum.
Corundum in its natural state is a colorless mineral. Trace elements within the corundum's  crystal structure are what gives the color. The distinctive red that rubies have come from the element chromium. The more chromium in the ruby, the stronger the shade of red. Chromium also possess fluorescent characteristics, which adds to the fiery intensity of the ruby's shade of red.
Shop Ruby Rings 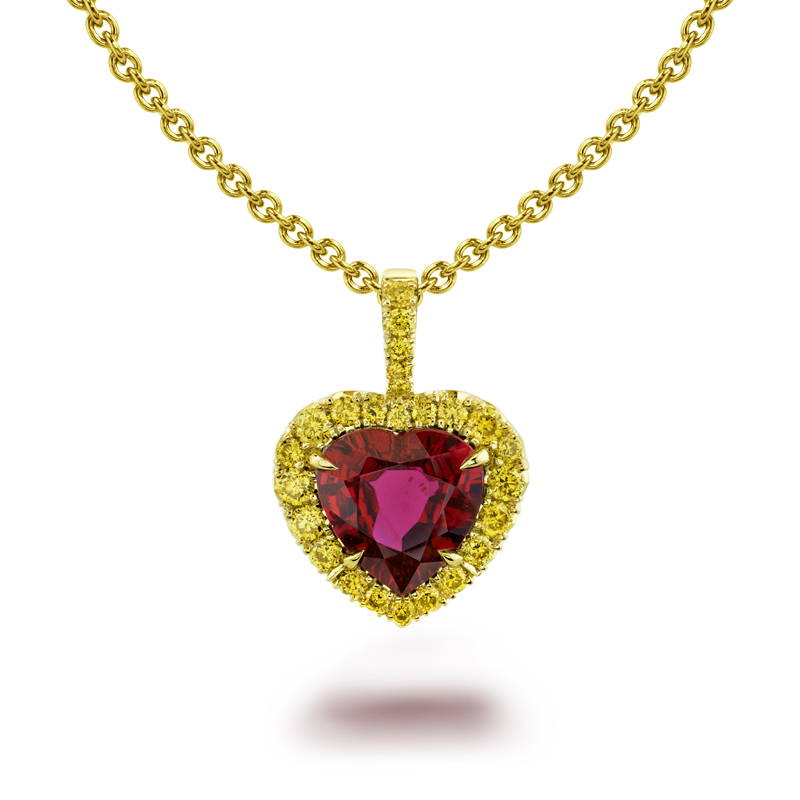 Where are Rubies Found?
Rubies tend to be found in layers of marble. The stones form in marble, which has a low iron content. Since rubies often lack iron, this is what  gives them an even brighter red color. You can usually tell which rubies were formed in marble by placing them under an ultraviolet light. The will fluoresce red.
Some rubies are found in basalt rocks.  Basalt has a much higher iron content, so the rubies that are formed in them tend to be darker and have less intensity in their color. They also often lack the fluorescence that shine brightly from marble rubies. Rubies are on of the most beautiful and rare precious gemstones. They can be found in a few regions in the world. Areas where rubies have been found include: Greenland, Sri Lanka, Madagascar, Mozambique, among others.
Shop for Ruby Necklaces

Rubies get their name from the Latin word ruber, which means "red". Rubies have been a prized gemstone since the dawn of human history. They were mentioned several times in the Bible and in the scholar Piny's "Natural History", which was published in the first century AD. For centuries the ruby held great significance in India and Burma (which would one day become Myanmar). In these regions, rubies were viewed as great signifiers of of wealth and spiritual power. They were also seen as being possessed with magic that would help warriors win battles and grant them invulnerability.

In Europe, they grew in popularity over time. The stones became associated with wealth, love and promoting good health. Before diamonds became the stone of love, the ruby was most often the precious gem that lovers would give each other to convey their passion and commitment.