6 of the most famous diamonds in history - Hamra Jewelers

6 of the most famous diamonds in history

Diamonds have been the subject of dreams and legends for centuries. Some of the world's largest and most beautiful jewels have been immortalized more than most. Between royal interests, top secret love affairs and horrible curses, any one of the jewels can be movie material. Do you recognize any of these historic gems? 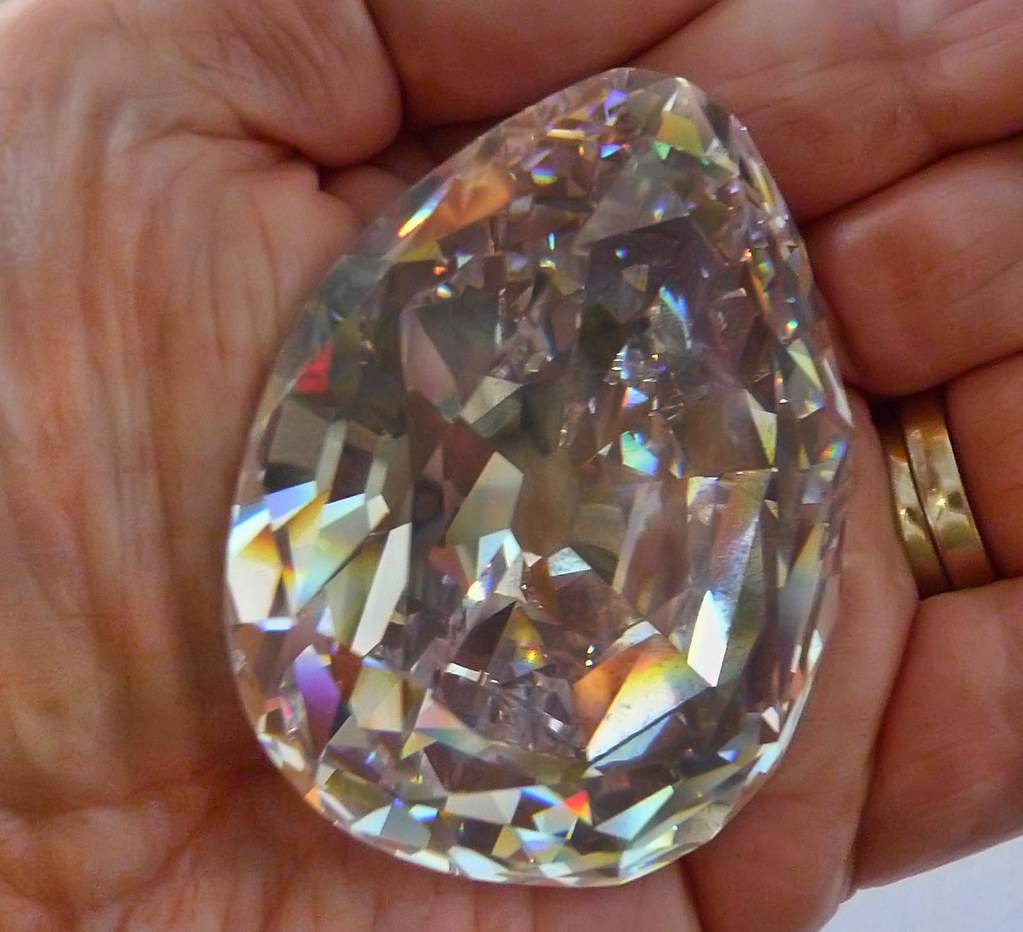 Informally known as the Star of Africa, this incredible diamond was cut into multiple polished gems which now adorn The Crown Jewels of the United Kingdom. The two most notable are the Cullinan I, or Great Star of Africa, and the Cullinan II, the Second Star of Africa. The former is set in the Sovereign's Scepter with Cross, which also features rubies, sapphires, emeralds, spinels and a single amethyst, as well as several smaller diamonds. The Cullinan II keeps its perch in the Imperial State Crown. Both are featured prominently in images of Queen Elizabeth II's coronation in 1953. 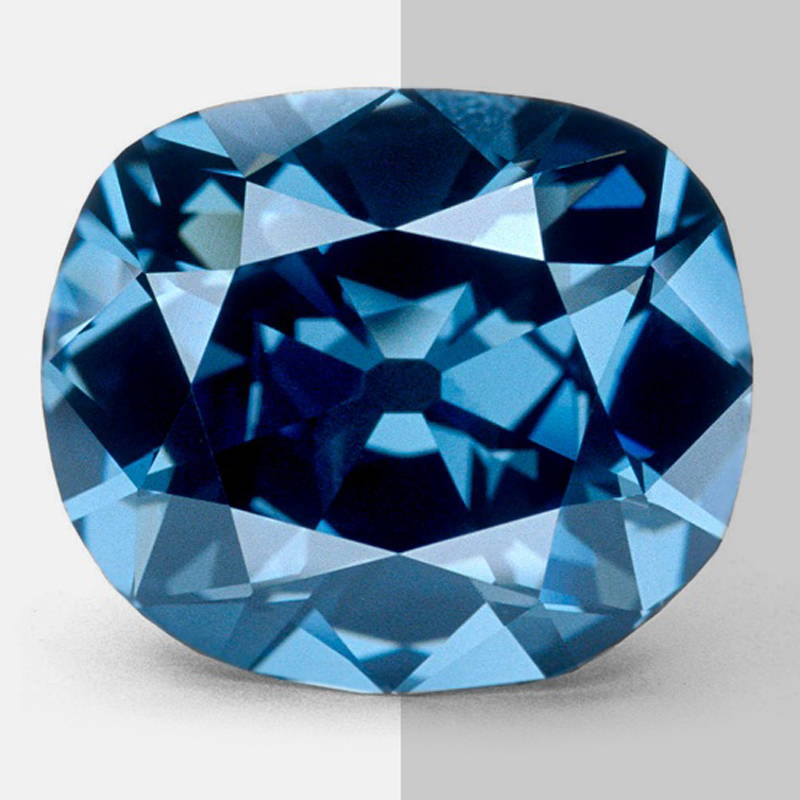 Here is a diamond you can see for yourself, if you are not too afraid of the curse. Currently on display at the Smithsonian's National Museum of Natural History, the Hope Diamond has a history dating back 400 years. The original diamond was part of Louis XIV's suite of Crown Jewels, and became known as the Hope Diamond when it found its way to banker Thomas Hope In London.
When it was owned by Pierre Cartier (yes, that Cartier!), a flurry of "curse" rumors cropped up - possibly to help the stone's publicity - warning of the pain and misfortune tied to the diamond. The stone made more public rounds around the neck of socialite Evalyn Walsh McLean, who wore it until her death in 1947. It was part of Harry Winston's personal collection for years, until he donated it (wrapped in a plain box and via U.S. Mail) to the Smithsonian in 1958. 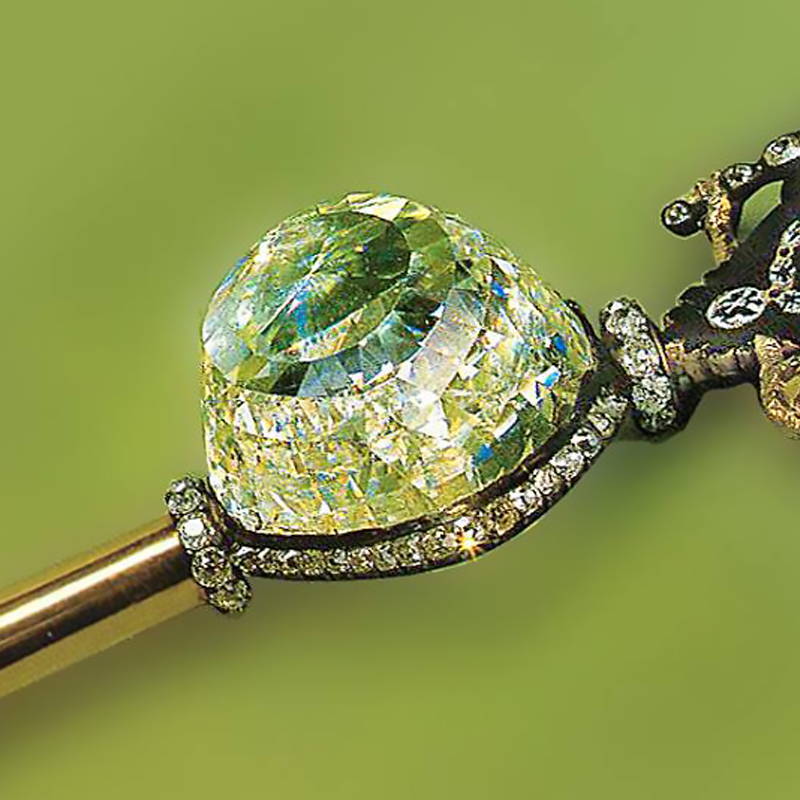 Another royal beauty, the Orlov or Orloff Diamond belongs to the Kremlin Diamond Fund in Moscow. It was first used in a temple in India, where it was stolen from a statue by a French soldier in the 1700's.
The Count Grigory Orlov eventually took ownership of the diamond and he attempted to use it to win back his former mistress. However, his mistress happened to be none other than Catherine The Great, and she spurned his affections. She commissioned a scepter for the rose-cut, egg shaped diamond, and the Imperial Scepter remains in the Kremlin today. 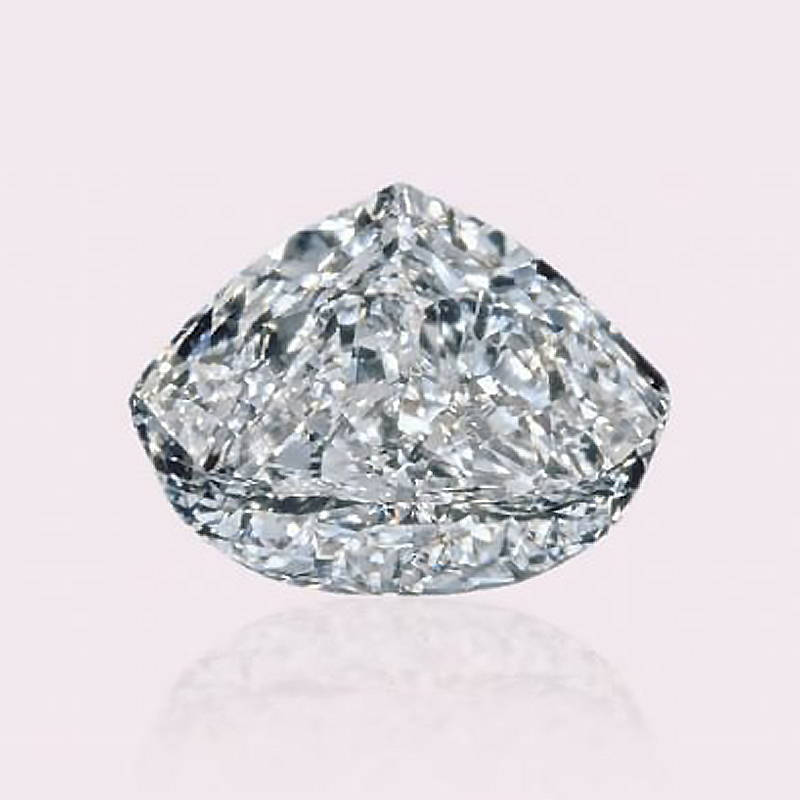 Discovered in 1986, the Centenary Diamond is renowned for its flawless color and clarity. The diamond is the third-largest to come from the Premier Mine, and it was named in honor of the Centennial Celebration of the DeBeers Consolidated Mines. Cutting the diamond took months, in a super-controlled underground laboratory, to preserve the 274 carat stunner. The jewel is unique for its "ridgeless" heart shape, a very modern and sophisticated cut.
DeBeers displayed the gem in the Tower of London for years, but the current owner is unknown to the public. 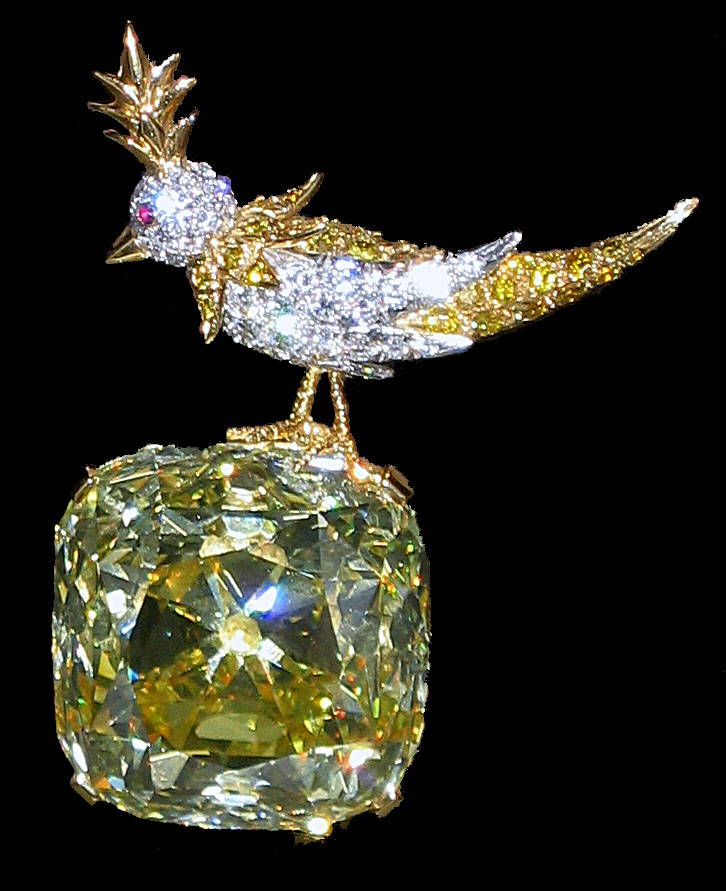 A diamond with a vibrant history, the Tiffany Yellow Diamond was cut from one of the largest pieces of yellow “rough” discovered. When the original rough was discovered in 1877 in South Africa, it weighed 287.42 carats. Purchased by Charles Tiffany in 1879, the diamond was studied for a year before it was cut into a cushion shape, with a weight of 128.54 carats. Tiffany displayed the diamond as part of their exhibition at the Chicago World’s Fair in 1893.
Since the exhibition at the World’s Fair, the Tiffany Yellow Diamond has been on permanent display at the Tiffany & Co. flagship store in Manhattan. It was briefly loaned in 2007 to the Smithsonian Museum in Washington, D.C. for the opening of the museum’s New Acquisitions Case.
Over the many years Tiffany has owned the diamond, it has only been worn by four women. First worn in 1957 by Mrs. E. Sheldon Whitehouse for the Tiffany Ball held in Newport, Rhode Island, and then in 1961 by Audrey Hepburn for publicity photos for the film Breakfast at Tiffany’s. Most notably, the diamond has been worn by Lady Gaga for the 91st Academy awards in 2019, and more recently by Beyoncé in a collaboration with Tiffany in 2021. 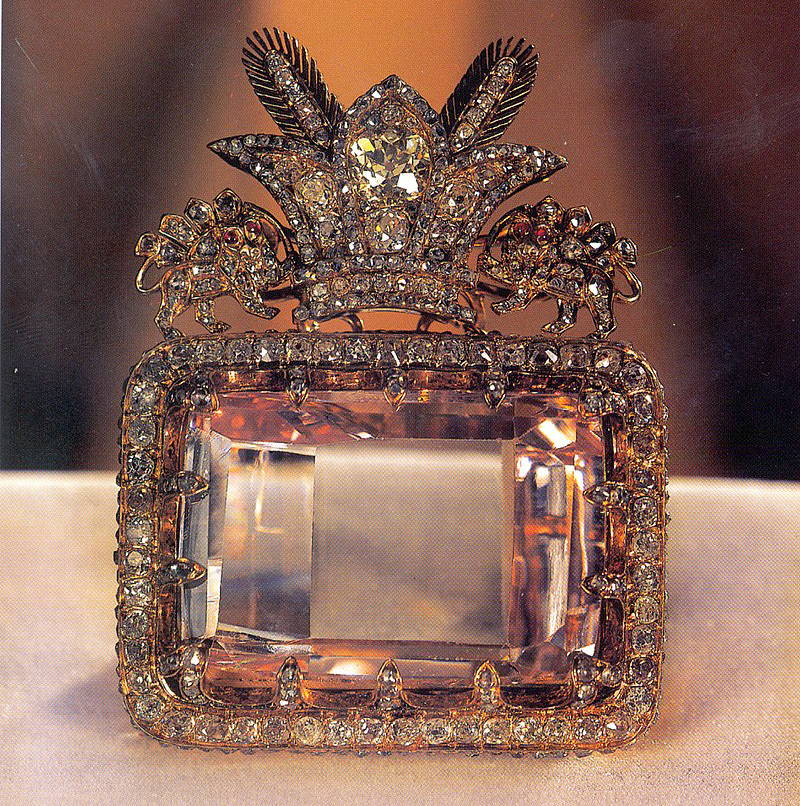 The diamond's Persian name translates to "Sea of Light" and is often referred to as the Ocean of Light Diamond in Europe and the Americas. This jewel is coveted as the world's largest pink diamond, and has been cherished by royal families for centuries.

The diamond was first owned by the Kakatiya dynasty in South India, until somewhere around the year 1300. It was then looted and possessed by various families in India and later Persia. The diamond is now part of the Iranian Crown Jewels, and is estimated to between 175 and 195 carats. The stone's full weight cannot be properly measured, as the setting is too delicate, and to remove the diamond would destroy it.